The intellectual (and not so intellectual) sources for 100 Days, 100 Grand were many and personal. Here’s the mix: texts and tomes that changed the author’s life in some way, bringing joy and meaning to the business of six-figure freelancing. Criteria? Simple: they’re the books with the most highlights and scribbles.

On Writing Well, William Zinsser. The classic guide to stringing together plain declarative sentences. His Writing to Learn makes a good companion.

The Advertising Concept Book, Pete Barry. Campaign concepts critically categorised, with ads retraced in pencil to bring the core to the fore.

A Smile in the Mind, Beryl McAlhone and others. Case studies large and small on how graphic design conveys concepts most meaningfully.

The Complete Short Stories of Ernest Hemingway. Papa’s showcase from Finca Vigia: yes, a writing guide, and there’s none better.

Hey Whipple, Squeeze This. The best book ever written about advertising, by copywriter Luke Sullivan. A masterclass in culture and methods.

Philosophy and all that

Atlas Shrugged and The Fountainhead by Ayn Rand. Apocalyptic, didactic, and endlessly wonderful romans à these for Objectivist philosophy.

Teaching Johnny to Think is how school should work, by Rand’s heir Leonard Peikoff. Also see his Objectivism: the philosophy of Ayn Rand.

Zen and the Art of Motorcycle Maintenance, Robert Pirsig. The existential treatise on Quality: no more about bikes than Moby Dick is about whales.

On the human condition

Thinking, fast and slow. Dan Kahnemann’s cognitive biases are the key to understanding all human behaviour. More in Appendix I.

The story of the human body, Daniel Lieberman. The source of First World Problems: modern humans go for comfort over function. Fight back.

Being Happy by Andrew Matthews. Simple, funny, and all you need. Team it with Making Friends and Follow your Heart.

The Four Tendencies, Gretchen Rubin. Understand how you respond to expectations—both those you have of yourself and those others have of you.

Also know yourself with Flow by Mihaly Csikszentmihalyi, Deep Work by Cal Newport, and Atomic Habits by James Clear. Not so much guides to working smart as guides to happiness and satisfaction in life. See Appendix J.

Competitive Strategy and Competitive Advantage, Michael Porter. The greatest consultant of all sets out his models. See Appendices C and E.

Anything by Peter Drucker. Really, anything by the thinker whose quote kicks off 100 Days, 100 Grand. A good start is The Practice of Management.

Hazlitt: Economics in One Lesson. Why governments get it so, so wrong.

Howl by Allen Ginsberg. The big noise of the Beats at his bestial best, singing a song to the sixties. Unlike anything else in verse.

Under Milk Wood by Dylan Thomas. A radio play for voices that somehow turned into great literature.

Six Easy Pieces and Six Not-so-Easy Pieces by Richard Feynman. The great physicist’s lectures convey not only the ideas of science, but the joy of it.

The Selfish Gene and The Extended Phenotype, Richard Dawkins. Adding to Darwin, these are the books on biology Auntie Ayn would’ve enjoyed.

Out of Control, Kevin Kelly. Brilliant account from a WIRED editor of how beautifully complex behaviours emerge from simple properties.

Engines of Creation by K Eric Drexler. Where technology was once going and may yet go. (Also see his PhD writeup, Nanosystems.)

Explore infinity from the B of Big Bang with Alan Guth’s Inflationary Universe, the nature of nature with Brian Greene’s Elegant Universe (sequels: Fabric of the Cosmos and Hidden Reality) and Adams and Laughlin’s Five Ages of the Universe (the cold, dark physics of the far, far future). Michio Kaku’s Hyperspace is a beautifully readable journey into higher dimensions.

Molecular Biology of the Cell, Bruce Alberts et al. Everything that makes a great textbook, in one volume. Its structure informed 100 Days, 100 Grand.

Gray’s Anatomy. Every home should have one: a journey around the human body that melds science with art, fascinating to all.

A New Kind of Science by Stephen Wolfram (creator of Mathematica). Like Kelly’s Out of Control—but with the numbers put in. Flawed but fascinating.

Overcoming Gravity, Steven Low. The principles and practice of gymnastic exercise, analysed and integrated in a 600-page labour of love.

Street Workout, Al and Danny Kavadlo. Calisthenics in its simplest, most joyous form. See also Al’s Raising the Bar and their programme Get Strong!

The Russian Kettlebell Challenge, Pavel Tsatsouline. Escape from the “sad world of soft hands and namby-pamby lesser men”, with the man who brought the ‘bell West. Swap swing for snatch when you’re ready.

Ulysses, James Joyce. One day in Dublin, the greatest work of literature in English—perhaps in any language ever. Prep with Dubliners, then Portrait of the Artist as a Young Man; afterwards tackle Finnegan’s Wake.

The Old Man and the Sea, Ernest Hemingway. A masterpiece of sequential writing, and precisely how your sales letter should read.

Moby Dick, Herman Melville. No more about whales than Zen is about, well, take a guess. And the Bartleby often bundled with it is almost as fun.

Blood Meridien, Cormac McCarthy. Forget Gatsby, Mockingbird, and Catcher: this is the Great American Novel. A feast of language slathered in blood—and one of fiction’s great antiheroes in The Judge.

A Clockwork Orange, Anthony Burgess. Read it for the nadsat. You don’t need to wade through Tolkien’s turgidities to see how languages evolve.

The Spy Who Came in from the Cold, John le Carré. Few guns, fewer fists: the thriller as literature, by one of the greatest writers in the English language.

World War Z, Max Brook. On one level, a zombie novel. On another, an epistolary lesson in fleshing out an imagined world from different viewpoints.

The Baroque Cycle, Neal Stephenson. A dense and wonderful masterwork interweaving centuries of physics, families, and famous figures. The box set is  Cryptonomicon, Quicksilver, Confusion, and System of the World.

MFU by H.C. A wildly psychedelic stream of consciousness by an unknown author, and one of the first ebooks if you discount Project Gutenberg.

The Year’s Best Science Fiction anthologies edited by Gardner Dozois. A showcase of speculative fiction in 35 volumes. Accept no substitutes.

100 Bullets, Brian Azzarello and Eduardo Risso. A beautifully paced and sequenced storyworld of morals, ending in the most perfect panel ever drawn.

Watchmen, Alan Moore and Dave Gibbons. The graphic novel: you can read it a hundred times and see something new. Quis custodiet ipsos custodes?

Understanding comics, Scott McCloud. Not a story, but an instructional text on visual storytelling told as a comic. Sequels Reinventing Comics and Making Comics are almost as entertaining.

Southeast Asia on a Shoestring. The classic guidebook didn’t change when the world did: Lonely Planet’s yellow bible contains the true soul of backpacking.

Decline and Fall of the Roman Empire, Edward Gibbon. History told as the political thriller it is. Get the full set and read them all.

Peter Frankopan’s Silk Roads is that rarest of things: history without cultural or geographical biases. There’s also a sequel, The New Silk Roads.

Strange Tales from a Chinese Studio, Pu Songling. Tall stories with odd pacing and orthographic quirks that give great insight into the Chinese mind.

The Annotated Alice, Martin Gardner. The mathematical reasoning in Lewis Carrol’s tales explained as you go.

DK Guides. Beautifully illustrated guides to travel, architecture, nature, science . . . hundreds of them. Enjoy any that catch your eye. 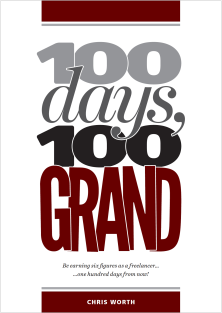 How to do freelancing 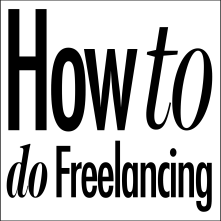 How to do life 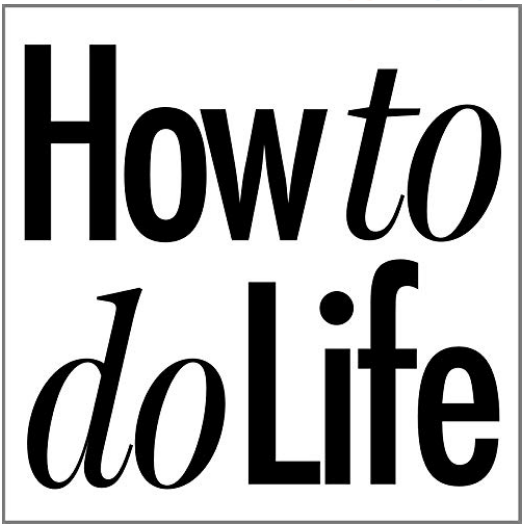